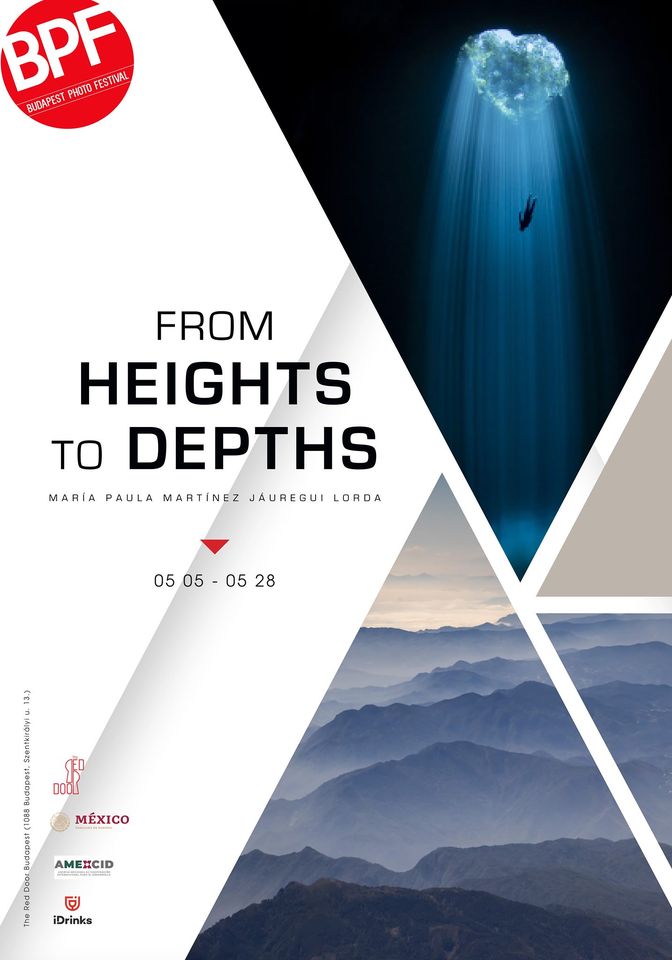 María Paula Martínez is a Mexican photographer and mountaineer. Her work explores issues related to human rights, the majesty of volcanoes, and marine conservation. She is the first Mexican woman to be certified as a drone pilot by the DGAC (General Directorate of Civil Aeronautics), and since she began to fly them, she began to explore aerial views as other perspectives of being able to see the volcanoes. She started climbing mountains and volcanoes in 2012 following the death of her mother. With this activity she found a different way of relating to the world and making peace with life.
In this photographic selection Maria Paula Martinez invites us to an expedition that climbs more than 5,000 meters from the heights of the summits of volcanoes, and their glaciers, to then calmly dive into the bowels of the Earth, to be witnesses of all the marine fauna that Maria Paula captures with her lens.
María Paula Martínez:
instagram: @maripomartini
Organized by The Red Door Budapest, Budapest Photo Festival and the Embassy of Mexico in Hungary.
In collaboration with iDrinks.
https://www.facebook.com/events/1109605962783641/